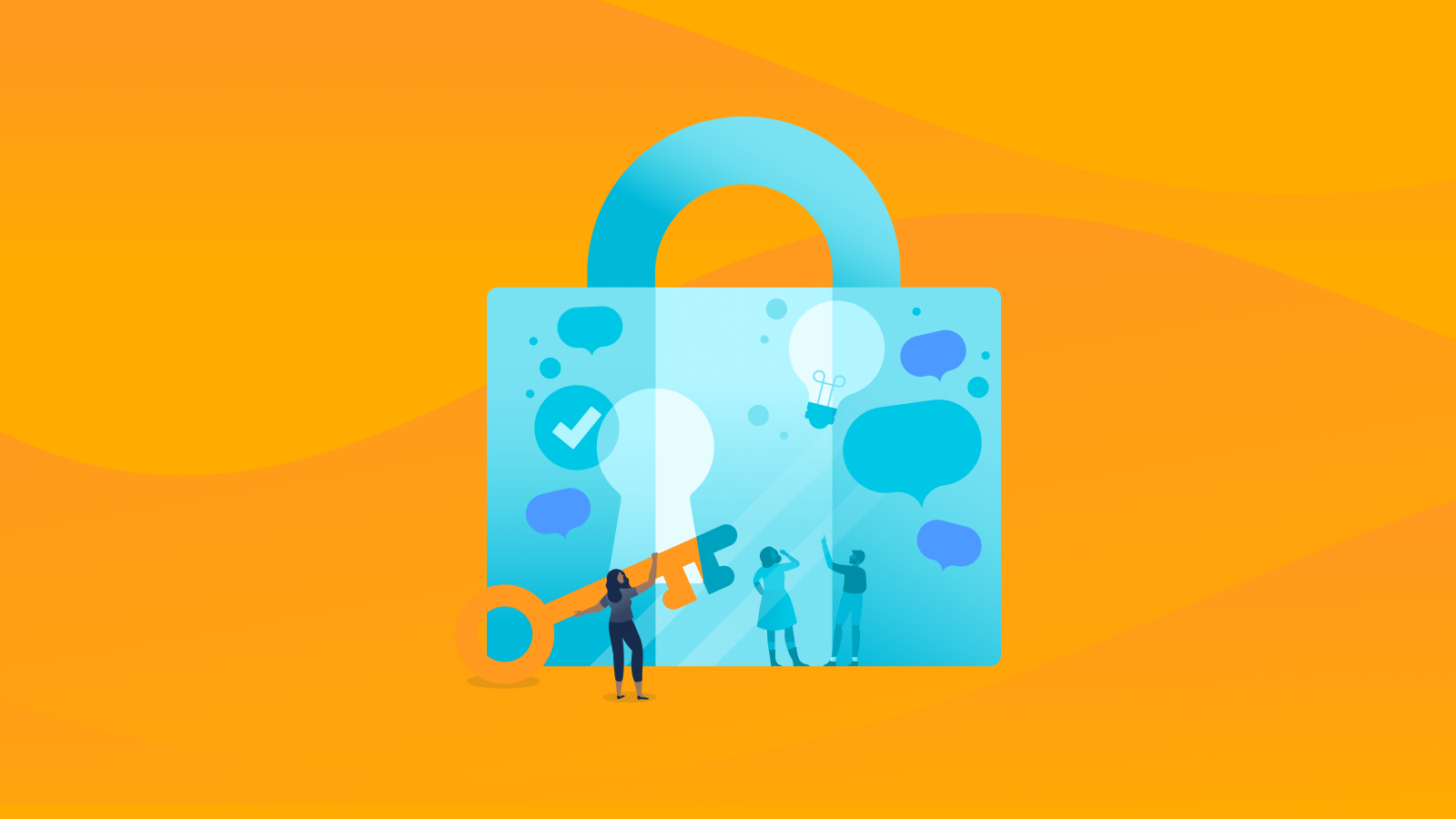 Role-based access control (RBAC) is an effective method of granting varying levels of permissions to different people in your organization, without forcing everyone to go through the process of creating accounts and assigning permissions one by one.

Role-based access control (RBAC) is an effective method of granting varying levels of permissions to different people in your organization without forcing everyone to go through the process of creating accounts and assigning permissions one by one.

With role-based access control, you create roles that grant specific privileges and then assign people to those roles based on their job functions within your company.

This process gives each employee exactly the level of access they need, with minimal effort from you or the employees themselves.

RBAC was originally introduced in Microsoft Windows NT Server 4.0 has become a popular method of allowing only necessary personnel to perform certain tasks on systems or networks. RBAC uses roles to allow users to carry out specific functions within an organization.

A role might be called IT manager or human resources administrator. The person who assumes that role will then have permission to access certain data or perform certain actions within a given time frame.

Role-based access control differs from traditional discretionary access control (DAC) in that it gives personnel different levels of privilege for performing their jobs. It assigns those privileges based on roles instead of individual users' permissions.

Like DAC, RBAC allows administrators to modify permissions for each role. Also, like DAC, it's important to always track what data a role has access to prevent information loss. An organization's security personnel will use RBAC with other security measures to ensure that employees only have access to what they need and nothing more.

By focusing on roles instead of individual users' permissions, organizations can keep their systems secure from would-be hackers. RBAC also helps administrators ensure that employees are using data appropriately and aren't abusing their access privileges.

Why You Should Care About RBAC

If you work in IT, there's a good chance that you have some role-based access control system already implemented in your organization. If not, you may want to consider implementing one to protect yourself from insider threats.

These systems are very important for big companies, but many small companies don't even have them. If you haven't heard about them yet, it's time to find out why they are an important part of any well-run company.

RBAC systems are similar to other kinds of access control in that they define what a user can and cannot do within a network, but they offer several advantages over traditional systems. One of their biggest benefits is that they allow IT administrators to create security policies that correspond with actual employee jobs, so there's no mismatch between employee needs and security policy.

They also increase ease of use by allowing users to see where their permissions are coming from and which permissions they have or don't have for any given resource. However, every system has its flaws, so companies need to carefully look at these issues when deciding whether RBAC is right for them.

Like any other system, RBAC can be compromised. One of its biggest flaws comes in when employees start abusing their access, leading to data theft and corruption or denial of service attacks on systems. To prevent these kinds of problems, it's important to keep monitoring your systems so you know if anything changes. If you notice something wrong or unusual happening with your company's security or data, it's best to report it right away to take steps to fix it before serious problems develop.

Role-based access control (RBAC) determines access based on the user's role. With RBAC, individuals are assigned roles, which can be assigned permissions to objects or systems.

Before you can control access to your data, you must first create and manage users. Creating user accounts and ensuring they have appropriate permissions is one of many tasks performed by a network administrator.

Administrators are responsible for assigning privileges to each account by that individual's job function. For example, an IT manager who needs only basic level access should be given only those permissions required to complete their job requirements.

You can easily assign role-based security by applying a specific policy based on functional job titles like IT Admin or Accountant. You can even further fine-tune group membership based on other factors such as location, office type (e.g., home versus corporate), or time zone, to name a few examples.

One of the first steps to implementing RBAC is defining what roles are required. Roles are fairly simple objects, but they represent a major change in your perception of permissions. Rather than granting specific actions or resources to individual users, you create a single role and assign it access to all of your resources.

Defining your roles can help you identify holes in your security and make sure every resource is being used by someone (no more orphaned records!). In some cases, it makes sense to let users manage their roles using an administrative interface; in other cases, that's something you need to do manually. Either way, starting with these basic building blocks will help ensure everyone has an appropriate set of permissions.

An RBA system can be broken down into operations, users, and groups. Operations are tasks a user can perform and may contain multiple permissions to grant more granular access.

Grouping permissions will make it easier for administrators to change one permission at a time without going through each user account; operations usually apply across all users who have access rights. Operations can also be called duties or actions. An example of an operation is creating, reading, updating, or deleting records in a database table.

An object is an entity with which a user interacts to complete a task. An object may be a computer file, an application program, or any resource. Each object has one or more access control attributes that define who can perform what actions on that object and how those actions are performed. For example, an employee may be able to modify only certain records in a database and may need approval before making any changes at all.

Like any network, a role-based access control (RBAC) system requires users to authenticate before giving access to specific resources or information. Administrators use a hierarchy of users and groups to set permissions within an RBAC system, or permissions, each with its roles or function.

For example, managers might have permission to see all employee records while administrators only get access to their records. This ensures that employees don't have unnecessary access, and you can better manage your organization's sensitive data.

There is one session associated with each user at any given time. This session lasts as long as a user logs in to an account and can be used to identify what actions are taken by that particular user. You may have several users logged into various accounts on a single system, and each session will belong to a single user.

Each action performed on your computer has an associated Session ID that identifies it as belonging to that particular user. If you close your browser, any open sessions are terminated; when you open another browser window or log in from another location. All of your active sessions will remain available because they will still be connected through cookies stored locally on your hard drive. 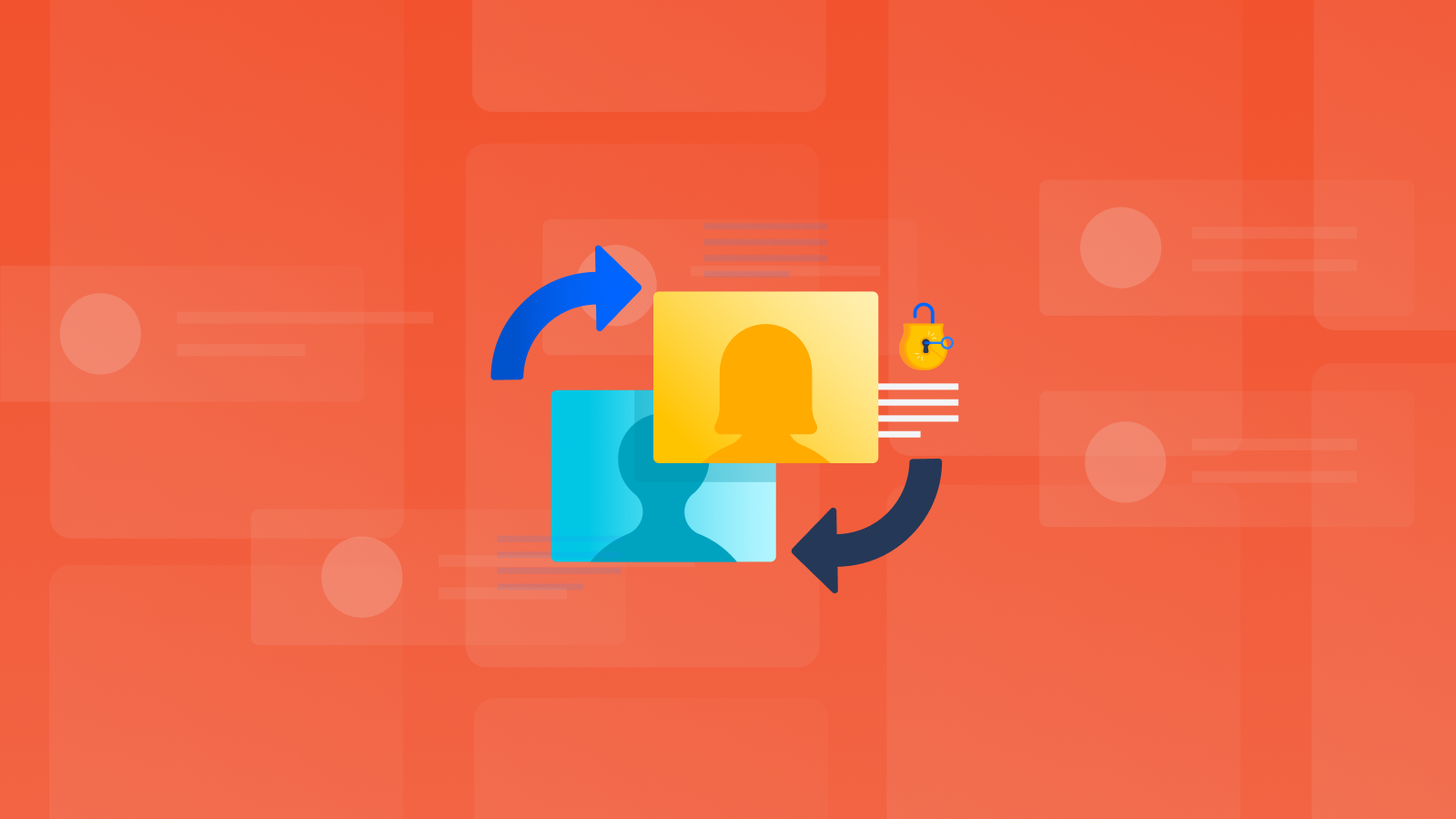 Identity Governance and Administration (IGA): What It Is and How to Do It Right

Identity Governance and Administration (IGA) is a new approach to identity management that helps organizations better manage their identities as they evolve. IGA is about helping you to make sure that your organization has the right people in the right roles, with the right access to information, when they need it. 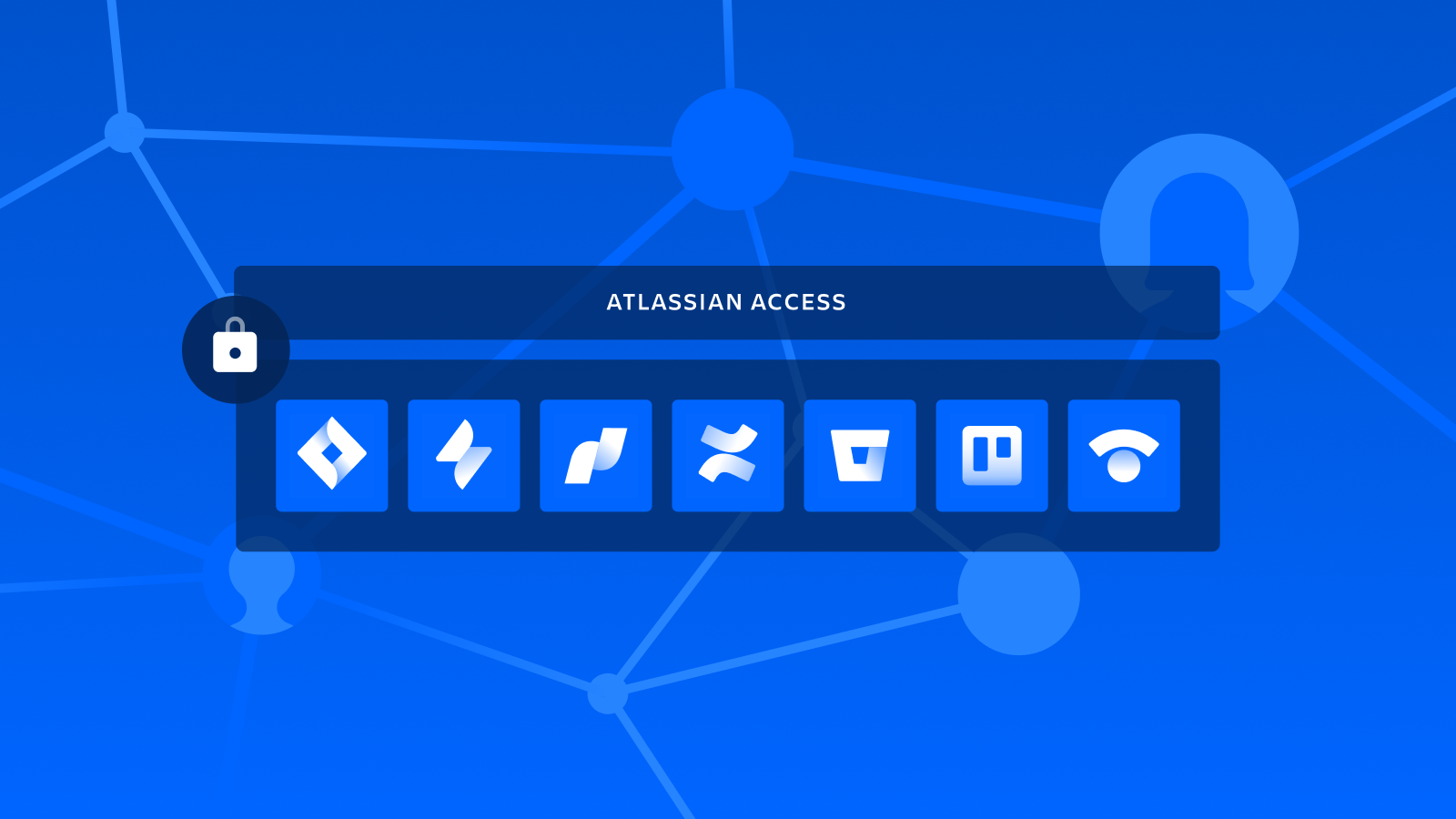 This guide will walk you through all the steps on how to set up Atlassian access for your organization and make use of all the different security features to keep your company data safe in the cloud. 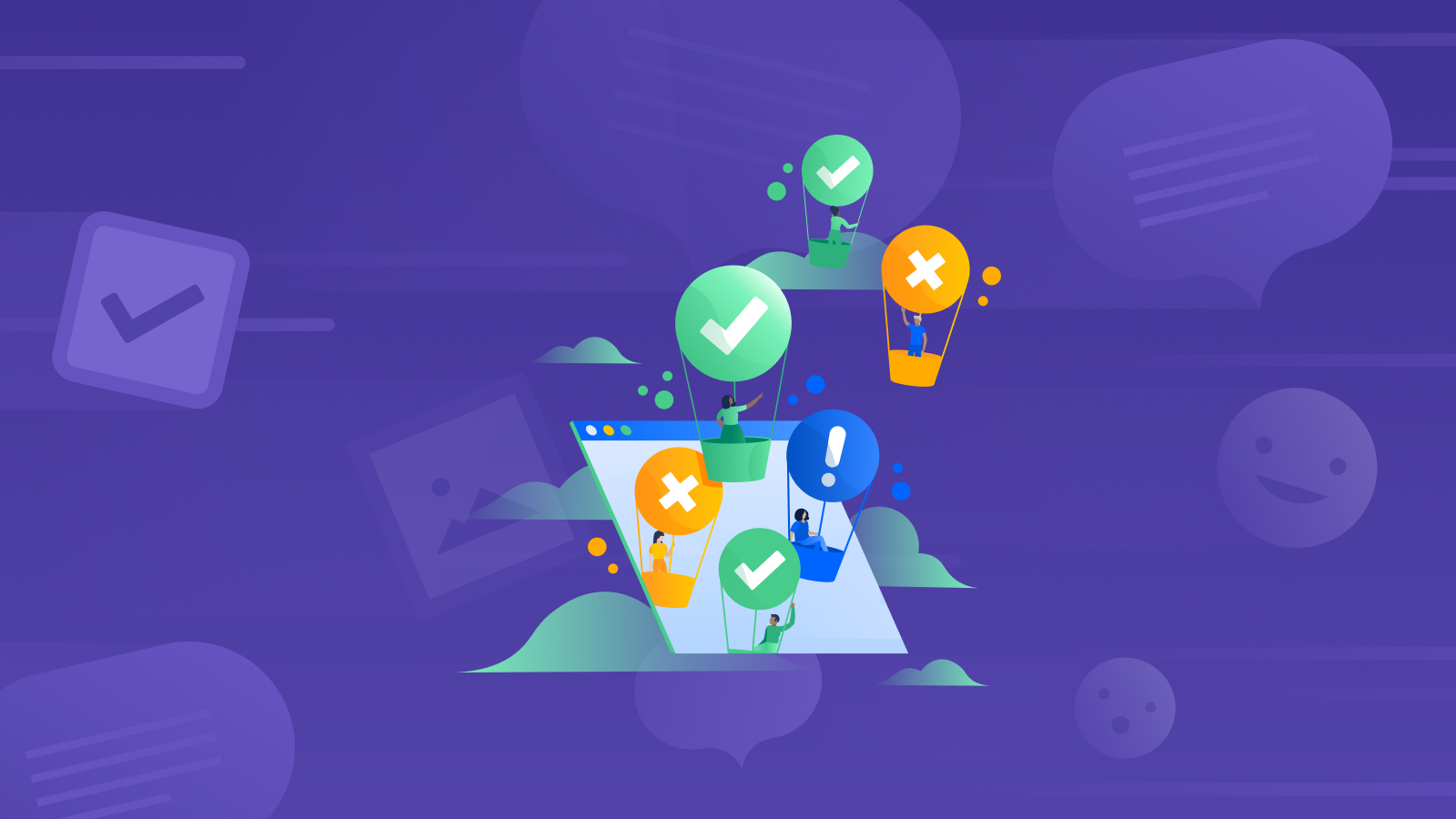 Approvals are critical for organising many business processes in Jira Service Management. But not many people are aware that of some of these hidden tricks to soup up your approval processes. As a former product manager on JSM, my goal is to share some of these tricks that you can implement today.